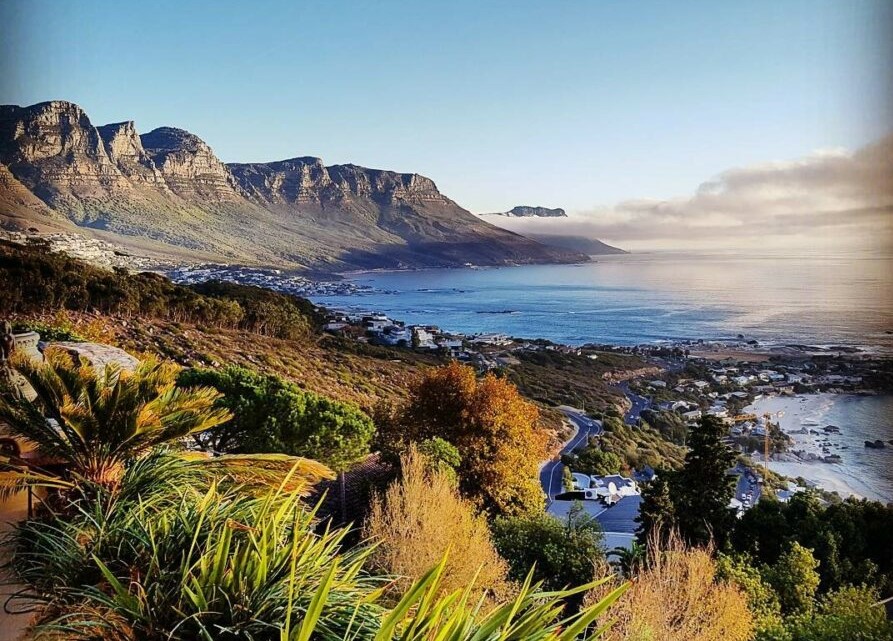 I grew up in Denmark around two kilometres from what later became Denmark’s first national park, National Park Thy. I wasn’t used to big cities at all at the beginning of my life. I remember it being scary for me to walk the famous shopping street, Strøget, in Copenhagen with my dad when I was a kid. I guess I just wasn’t used to seeing so many people in a small amount of space.

Now, many years later, I am used to cities, but my preference for travelling is not cities, but instead countryside and nature. The list is about my favourites, and there are several cities like Bangkok and Istanbul that many travellers love, but I am not one of them. We all have different preferences when it comes to travel, including cities. Here is my top 10, but first, some honourable mentions.

I will begin with what I think is for sure the biggest surprise on the list. Johannesburg is probably most known in the media for crime, but it is a fantastic city, in my opinion. I would say South Africa is my favourite country in the world to visit, and it has often begun at the O.R. Tambo International Airport and then some days in Johannesburg.

I have stayed around a month total in Johannesburg so far, and I am very impressed with the city. The people are fantastic, the food is great, there is a lot to do and Uber rides are cheap to get you between places. Johannesburg also has one of the best trains in the world, connecting Johannesburg and Pretoria, called the Gautrain. It is almost like a luxurious public train as the quality of comfort is very high. The price is a bit expensive by South African standards, but it feels very comfortable and safe being on their trains.

It has some areas where travellers shouldn’t go, but it also has some significant areas like Sandton and Rosebank, that I have really enjoyed. However, the best is staying in some beautiful residential areas with stunning gardens that make it feel like you are staying in the countryside. A great way to begin a holiday in South Africa instead of just getting out of Johannesburg as soon as possible like many probably would advise you to do.

How I Visited Libya and Met the Prime Minister

Another city that is very well known for crime, but I have included it because it is one of the most beautiful cities in the world with its stunning mountains, beaches and the Christ the Redeemer statue. It is expensive by Brazilian standards, but a city unlike any I have been in Brazil, although there are some similarities with João Pessoa and Recife, which I also like, but for different reasons.

Stockholm is one of the most beautiful cities in Europe in my opinion. Its stunning archipelago with many small islands, stunning nature and great air quality combined with the many exciting things to do in Stockholm makes it a well-deserved member of this list.

Amsterdam is a beautiful city known for its canals that add to the city’s beauty. I have enjoyed some of the best meals of my life in the Netherlands, and I am very impressed with the food in Amsterdam. There are many things to do, and it’s a great city for walking as well.

Gothenburg might be a surprise to see on a list of the top 10 best cities to visit, but this is my personal list of top 10 cities. Gothenburg is easy and cheap to visit from Northwest Jutland, Denmark, where I grew up. An inexpensive Stenaline-ferry sails between Frederikshavn and Sweden’s second-biggest city.

Lonely Planet named Gothenburg the world’s most sustainable city to visit in their 2021 Best in Travel list. 97% of its public transportation runs on renewable energy, while 95% of Gothenburg’s hotels are eco-certified. I have visited Gothenburg several times, and I really enjoy it on a beautiful summer day. It feels homely, yet exciting with many options for entertainment and dining. Just a really nice city to experience, and highly recommended, even if you are not Scandinavian.

Is Paris the best city in the world? I think it is for many and a candidate for even more. I am a fan too and have many memories of Paris. I have spent a lot of time in Paris over multiple visits starting with a school trip in 2009. It is also the city where I proposed to my then-girlfriend, now wife, because she accepted my proposal. It is one of the best cities in the world for food and things to do. There are, however also things I dislike about Paris, and traffic is one of them. I remember several times where I have really disliked being in Paris, but you can find things you don’t like about almost if not everywhere.

How Many Countries Are There in the World?

I would put New York in the same category as Paris. Two of the best cities in the world with a lot of things to see and do. I have spent a lot of time in New York and found it very exciting ever since my first visit in 2007 with a friend. It is not the most relaxing city. I tend to walk a lot when I am in New York to get around many of the things there is to do. The Greenwich Hotel in downtown Manhatten, owned by Robert de Niro, is one of my favourite hotels in the world because of its design, service and attention to details.

I have experienced amazing entertainment in this city, and I continue to be amazed and impressed every time I visit. It’s not cheap and not the best value for money, but it’s a fantastic travel experience that has given me many long-lasting memories. There are a lot of free things to do in New York and things you can do to keep your budget low. Hotels are especially expensive, but I stayed in a private apartment in Brooklyn most of my days in New York and took the subway to Manhatten. It’s time-consuming but a way of keeping the budget low when visiting New York.

A stunning city that, like Tallinn, is walkable. Stunning beaches, excellent food, friendly people, great culture and beautiful parks are some of the reasons I like Sydney. I find it very clean, which is often not the case with many cities. It’s the most expensive of the top 3 cities by far, but it is possible to enjoy Sydney on a budget and still have a great time, even without any partnerships. I have stayed at both beautiful hotels and in private homes.

Tallinn is my favourite European city for pretty much the same reasons as Estonia is one of my favourite countries. The possibility to live very comfortably in a wonderful city for the same amount of money as living very limited in, for example, Copenhagen.

There are a lot of great places to eat in Tallinn with good lunch offers, which makes it even more affordable when you get to know the city more and the places to go for the best value. The old town of Tallinn is well preserved, and I enjoy walking around there again and again. Tallinn makes me excited just thinking about it, and if I one day decide to settle down, it might very well be in Tallinn.

Top 10 Best Airlines in the World

Cape Town is, first of all, the most beautiful city I have ever seen with its stunning Table Mountain, Devil’s Peak and Lion’s head. Cape Town is full of exciting things to do, including a lot of stunning beaches and great restaurants. The climate is excellent, and the value for money is fantastic. Cape Town also has world-class restaurants, with The Test Kitchen perhaps being my number one favourite restaurant in all of the world. A fantastic experience. You have a great level of accommodation for low prices at small guesthouses to the more pricey world-class hotels like Mount Nelson Hotel and Cape Grace. Public transportation is cheap, but I prefer using Uber in Cape Town as the rates are low and excellent value.

Cape Town is much more than just the city centre, you have a lot of beautiful destinations within an hour or two by car. The famous Cape of Good Hope is just over an hour away, while destinations like Somerset West, Stellenbosch and Boulders Beach can be reached in less than an hour. There are so many exciting things to do that even a one month holiday wouldn’t be enough to fully explore Cape Town and the areas within two hours drive. Cape Town is the number one city for me, and I would very much like to visit my favourite city again and again.