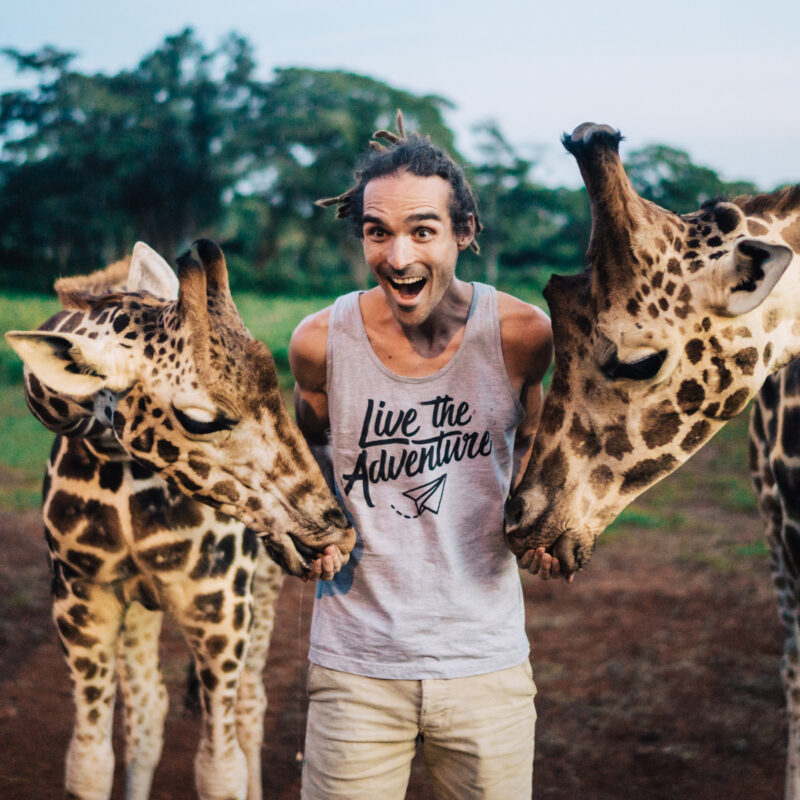 Louis Cole is one of the most famous travel influencers in the world. His YouTube channel, FunForLouis, has more than 328 million views and over 2 million subscribers. Cole documents his life and travels on the YouTube channel, where more than 25 videos have over one million views. Cole isn’t a typical travel influencer but more a combination of an extreme traveller and influencer, having visited exotic destinations such as North Korea, Pakistan and Namibia. In this interview Cole shares some of his favourites.

Brazil
That’s a really tough one. I would say Brazil is one of my favourite countries. I’ve always been obsessed with rain forest and jungles, and I’ve been to Brazil probably five times. Just seeing the abundance of life in this kind of untouched part of the world just feels incredible to me. I really love a lot of the samba, bossa nova, and a lot of Brazilian music. I love the warmth of the people there. I’m a really big fan of Rio de Janeiro, and it’s this beautiful beach city with mountains. I love the culture, and I would say that’s one of my favourite countries.

New Zealand
New Zealand is beautiful. I really love the absolute epic scenery. I think it’s probably one of the most beautiful natural spots I’ve seen in the world, alongside Greenland and Switzerland. New Zealand is breathtakingly stunning. A funny story from New Zealand is I went on a hike, and we slept on the side of Mount Doom. I can’t remember the actual name of it, but on the mountain, they filmed for Lord of the Rings, Mount Doom, and we were in our sleeping bags just huddled on to some rocks on this absolute desolate mountainside. Just such a fun adventure. I highly recommend New Zealand.

South Africa
Specifically, Cape Town, which is an incredible city, really, really beautiful. Nature, Table Mountain, amazing beaches, there’s something incredible about it being right in the southern tip of the amazing continent of Africa, which I love. I love just how much you can do in South Africa. I think there are so many cool things, especially if you travel further north into the country. One story is that we went on this amazing road trip up the Garden Route. We took four by fours and camped out on the rooftop tents, visited villages, and did some surfing. Again, that was just so special, and it was beautiful to see a lot of the country. Later on that trip, we did some scuba diving in Sodwana Bay, up in the northeast of the country.

Another story: We were driving from Sodwana to Johannesburg, and we were just following Google Maps, and it took us through the game reserve. It was just the main route to get there. Basically the direct route, so we weren’t trying to stop and see animals or anything, but on the main route from Sodwana to Johannesburg, we were driving along and then suddenly there was a herd of rhino, literally on the side of the road, and we were just in a small little car, and I was just blown away.

The Favourites of Jack Goldstein

Kenya in 2008
One of my favourite things about travelling is meeting people around the world, seeing different cultures, different groups, trying to understand complex situations and ways things are happening around the world. I would say one that sticks out. I was in Kenya in 2008. This is before I even started my YouTube channel, but it was during a government coup there was this huge political uprising, and there was lots of tribal fighting going on in Kenya. We visited a refugee camp and spent time with some kids there, just helping out and trying to bring some fun and joy to quite a sad situation.

So one of the guys we brought was a drummer playing music, and we were in one of these UN rescue tents where all these kids were hanging out, and it was dusty. Everyone was singing and dancing, playing the drums, and it just felt like this beautiful moment of joy in quite a tough time for a lot of these kids. Kids that had been ripped out of their homes and their towns. So that was really powerful. That was one of my favourite travel moments.

Experiencing progress in Somalia
Somalia was one of the craziest countries I’ve been to. Obviously, it’s a very unstable country. A lot of the country is kind of in an anarchist state or being controlled by Boko Haram. In Kismayo, I got to see a local organisation giving microloans out to women that were setting up businesses. We got to see these amazing businesses being set up and these women that started to thrive and hire people, even though it’s such a tough situation in Somalia. So that was really beautiful to see. Local organisations, as well as local Somalians, really supporting and improving the lives of people there. So that was cool to witness and document.

Scuba diving in Hawaii
Switching to a nature travel moment I loved was scuba diving in Hawaii with manta rays at night. It might be up there as one of my most epic moments. Absolutely giant manta ray just sweeping around above us. It was like a very magical kind of out of this world-experience that felt like it was on another planet.

I’m pretty optimistic and positive, so even when things are tricky, I don’t typically see them as a worse moment. I think of how I can learn from these situations.

Languages of Every Country

Sick in India
The last time I went to India, I drank some water, I shouldn’t have, and it was a pretty horrific two or three days of being ill. I’ll spare you the details, but I think getting sick when you’re abroad, especially when you do not have as much comfort around you, that can be tough.

Plane stuck on a runway
I remember once being on a plane. It was stuck on the runway, and they hadn’t put the air conditioning on. It was sweltering, and we were probably there for what felt like two hours, and I felt claustrophobic. It was like a sauna. I ended up having to take my t-shirt off. I was sitting there topless on the plane, just gasping for breath, and I remember that being very uncomfortable. That was very frustrating.

Missed a ferry
My fiance and I missed a ferry because of some really incompetent systems with the ferry company, which meant we didn’t get the correct ticket, even though we booked and arrived on time. They basically showed us the wrong way, and we got all the way to boarding the ferry right at the last moment, and they were like, ‘Oh, you were supposed to check in somewhere else, and you don’t have this little raffle ticket, and you can’t board’.

This was travelling from Italy to Croatia, and it meant that I had to drive 11 hours through the night to get to where we were going to be. Also, we still haven’t got our money back (600-700 USD), and a very angry, ferry security guard who was very unhelpful, so that wasn’t a pleasant experience. I can’t think of any others that jumped to mind, but I’ve been pretty lucky not to have any horrific things happen.

Travel as light as possible
I would say travel as light as possible. I don’t always take that advice, but definitely try and get your stuff into hand luggage, so you’re not checking in big bags. It’s so nice not to have to wait. I’ve had a lot of delays and lost luggage when I’ve checked in bags over the years. I love travelling light, so that’s one piece of advice.

Find the right balance
Another one is trying to find the balance between leaving room for spontaneity and adventures and planning enough for the trip, so there is no stress of trying to find things to do once you land. Getting the balance right between planning out an itinerary and then leaving days for fun and spontaneity. So basically don’t plan every single minute, but it’s good to have some plans in place, even though they’re flexible.

The Favourites of Sam Goodwin

One that jumps to mind is, I think, again, back in 2008, I got on a train all the way to China from London, on the Trans-Mongolian train that goes from Moscow all the way to Beijing. But when we got to Beijing, we met this local, we were chatting with him, and then he showed us this kind of hidden section of the Great Wall of China that we could hike up to.

It’s this untouched kind of overgrown real adventure spot of the Great Wall of China, whereas most people go to this kind of restored, kind of polished, very touristy area where it’s just packed to tourists. We did this three-mile hike along and felt like we were Indiana Jones. That wouldn’t have happened unless we chatted to this local guy who showed us where it was.

Bonus: “Travel is the antidote to ignorance.”
Finally, I would say like, one of the biggest things I’ve learned and why I’m so passionate about travelling is this quote that I’ve heard from Trevor Noah, the comedian, “Travel is the antidote to ignorance.”. I think in a world which is seemingly so divided. There’s so much prejudice and issues going on; I think as you start to travel the world and meet different people and experience different cultures, you actually become more empathetic and understanding towards different people groups and realise we’re all connected, we’re all humans and we need to kind of learn how to live in harmony and embrace this global community we’re all a part of.