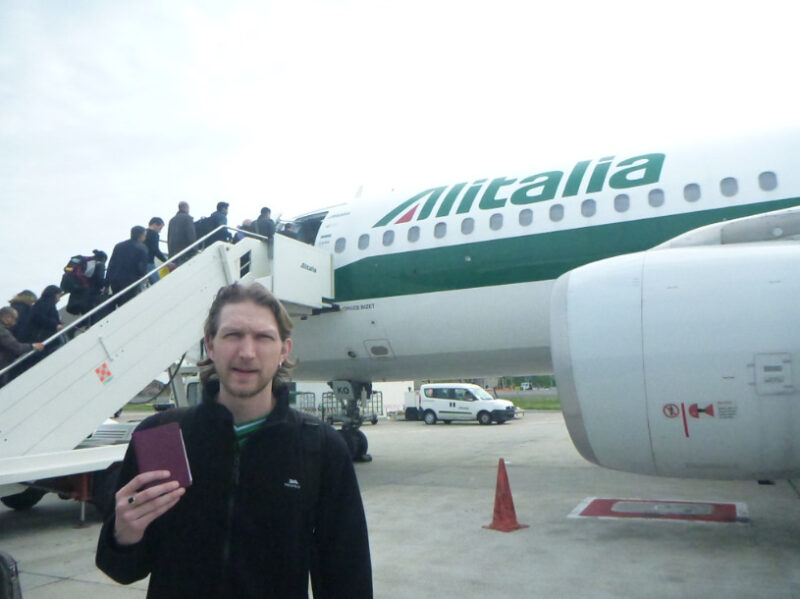 Jonny Blair is a Northern Irishman living in Poland and he is one of his generations most travelled people. He considers himself a separatist and ‘countryist’ who classifies countries in his own way based on what he thinks the people there desire. “-I will never recognise the UK, Spain etc. as full and real countries as I separate them into smaller elements.” – Jonny Blair.

Poland
I live in Poland now, and I simply love it. It’s a very easy country to live in. There are just so many positive reasons to live in Poland. The country’s present does so well to gloss over its tough history, where these people and their land were invaded by the Germans and Russians in days gone by. It was also part of the Soviet block and included in the communist system and now thrives in its deserved glory. Plus, during all that, the country’s football team boasts an Olympic gold (1972), an Olympic silver (1976) and two World Cup bronzes (1974, and 1982).

The country is strong and confident, welcoming and patient. I can be anonymous here, and I simply love visiting random Polish cities, towns and villages and meeting locals in cafés, bars and restaurants. I also love the progressive nature of the country’s locally owned bars and cafés. They’re really quirky, and they put global corporations to shame. There’s magic on every corner, and some of my best friends are Polish. They can certainly teach other countries how to do life.

Taiwan (Republic of China)
“The Wan” was a game-changer for me. Backpacking in Taiwan changed my life. When I arrived there, I expected not to like it, not to fall in love with travel, and not to turn into a hardcore backpacker. However, along with my Estonian travel buddy Natalja, we backpacked it hardcore. Based mostly in the city of Xinying, we whackpacked (means some kind of crazy backpacking according to Jonny’s list of words) our way through Kaohsiung, Tainan, Kenting, Taidong, Hualien, Kwan Tzu Ling, Eluanbi, Changhua and Chiayi City. Taiwan was my 34th new country and the one that really helped me become a global backpacker. Some of my best travel blog stories are the ones from Taiwan.

Christmas Day at Machu Picchu, Peru
Although it might seem way too mainstream for me, I just loved the magic of Machu Picchu. On Christmas Eve in 2010, I had just completed day 3 of the famous Inca Trail. We arrived at Winaywayna base and knew that the next morning, Christmas Day, day 4 of the hike, we would make the short final hike down to one of the world’s most beautiful cities. Machu Picchu is just epic. The whole mix of emotions after doing a 4-day hike, being without a phone or a laptop for five days. It was probably my last Christmas using neither a phone nor the Internet. I found a coin box in the town of Aguas Calientes to phone my family from. The magic of Machu Picchu will never leave me.

The Favourites of Jan Hiebert

Landing on Barrientos Island, Antarctica
I finally made it to Antarctica in November 2010. I worked hard on the broccoli farms of Tasmania in February – June 2010 to afford this trip of a lifetime, and I lived the dream. I was able to visit every continent by the age of 30, and the magical moment was our first landing on Barrientos, Antarctica.

Kings of Lyon – Northern Ireland 2-0 Ukraine
As a football fan, I simply had to stick “Kings of Lyon” in here. This was a football match held in France in June 2016 between Northern Ireland and Ukraine. As a huge Northern Ireland fan, this was my first time to watch my country win a tournament match. We were the underdogs. We had never even scored a goal at the European Championships before, and yet we managed to win the game 2-0. It was a crazy day out. I was at the match with my Dad and my brothers Marko and Daniel.

We were partying before the match in central Lyon, then the match itself had a crazy thunderstorm just after we went 1-0 up with a Gareth McAuley header. At one point, I was so nervous that the match would be called off, with us 1-0 up. Thankfully it restarted, and in the 96th minute, instead of corner flagging it, striker Josh Magennis whips the ball into the box for Dallas to fire in a shot and Niall McGinn to score the second goal, and we had won 2-0. The atmosphere in the bars and streets of Lyon that night were incredible.

Being Lied to by a Nasty Lady
You’ll have to wait for my next book to read that one. Let’s just say that a nasty person came into my life, telling me lies, doing some very nasty things. I will never recover from what she did, and I pray daily that she regrets her behaviour and will one day have the strength to apologise.

Losing A Grand in the Nam Song River, Laos
In Laos in 2012, I decided to go tubing in Vang Vieng. Back in those days, it was a notorious backpacking spot, and the tubing was deemed a tad dangerous. Many people drank too much alcohol, took too many drugs, and drowned in the water. I was there backpacking with Chaz, my travel buddy from Belfast, and we met up with a few English lads to do the tubing together.

The Favourites of Leon Hochman

The thing is that I didn’t trust my hostel – so I decided (stupidly) to take my wallet, camera and basically all my money with me. I left my passport in the hostel (luckily), and off I went. By the third or fourth tubing bar, I was in a tube with an English girl going over to the next bar, and we had a nightmare, the currents got hold of us, and we couldn’t tube across – the tube was gone, and we had to swim. However – my plastic bag with my camera, my bank cards, my ID cards and all my money was gone. The camera was worth £200, the wallet had over $1000 US Dollars in it (in a mix of Hong Kong Dollars, US Dollars, Laos Kipp and Thai Baht). I was left with nothing and had to get emergency funds sent to me before I was able to get new bank cards.

Venezuelan Black-Market Crash
My arrival into Venezuela was a scary day. Unbeknown to me, there was a black market crash the week I decided to travel overland from Colombia to Venezuela. I had my bag slashed on a night bus to Cucuta, the border town, and then the border checks were a complete nightmare. I was so lucky not to be robbed after four bag checks. Due to the black-market crash, my US Dollars turned to liquid gold, and I literally had $10 US dollars left while backpacking in San Cristobal. When I finally got to Caracas to tour the city and try and secure my Suriname Visa, I survived an attempted robbery, I had my visa refused twice before I finally secured the visa and left Venezuela unregrettably behind.

Be careful who you meet
Don’t trust others. The biggest problems I had on my journeys were related to trusting people too much. I usually prefer to carry my valuables on me as I trust myself more than most hotels and hostels. Of course, in Laos, this went wrong, but generally, I am just very cautious when meeting new people.

Never pay for water
I still don’t understand the amount of travellers I have met who obsess over wasting money on water. I simply don’t buy water. It’s free! 2/3 of the world is water. So what I do is – I always have water with me, every day, but I never pay for it. You’re wasting your money. Basically, many hotels and hostels I sleep in, they give you a free bottle of water. Accumulate them and reuse them. Refill them everywhere you can. From the tap in countries where tap water is safe, from water canisters in cafes, bars, restaurants, hotels. And carry a water filter bottle – which means you can drink water from anywhere as it is filtered out and clean.

The Favourites of Lorenzo Riccardi

Visit multiple places on one trip
Visit multiple countries and cities on one trip, as life is short and you might never be there again. When I first started backpacking, I would go to Spain or France for a week and then home. Sometimes, I’d spend the whole week in the same town or city, and it feels like a waste of time now. Gradually I realised I was wasting time doing those types of trips. Do two weeks at once, and whack an overland into Portugal onto it – plus tour Catalonia, Basque and Gibraltar too. That way you can save a lot of money if you are on a quest to visit every country. I still have travel regrets for that, as when in Ecuador, I didn’t backpack Galapagos, and in Chile, I skipped Easter island. That means I’ll have to try and get back to both countries.

What are some of the worst places you’ve stayed?
Anywhere in Venezuela or Algeria. I wasn’t too impressed with most of Guatemala either. Nothing more to say.

What is another good travel story you haven’t mentioned so far?
I once met Roger Federer by chance while backpacking in Melbourne, Australia.