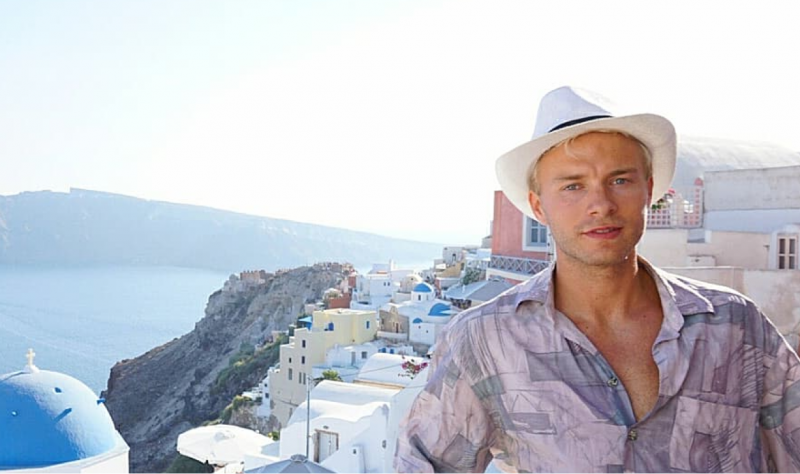 Gustav Rosted is a Danish traveller who has visited more than 150 countries, and he is the man behind the popular YouTube channel Gus1thego with more than 190,000 subscribers and 40 million views as of August 2021.

I’m not a big fan of this question, because each country has something unique about it and it depends on what we’re talking about: Do we talk about cities, people, the scenery or something else, but I will give you three countries which mean a lot to me!

Tanzania
First, I will put Tanzania. I lived there for nearly one year, I speak a bit of the language (Swahili,) I love the music, the atmosphere and the people there. I support an orphanage in Arusha and have done for the last six years with the sweetest kids, and I try to go whenever I can. This is where my interest in travel really started and where I climbed Africa’s highest mountain Mount Kilimanjaro, which was simply incredible!

Iraq
I’ve been to both Iraqi Kurdistan and mainland Iraq. I have hardly met an Iraqi person I didn’t like. When I made videos there, the people showed they’re the world’s most generous people. The culture of Mesopotamia is one of the world’s oldest cultural histories, and it’s also one of the most influential cultures in the world. I loved the food and Baghdad, Ur, Samarra, Nasiriyah, Babylon, the Iraqi Marshlands and all the other places I went to! I can’t wait to return this year and hopefully do every single province of the country or at least the most important places.

Faroe Islands
I know it’s not a UN country, but a lot of my family is from there. I’ve represented their national football team, I’ve visited 15 of the 18 islands up there, and the Faroe Islands is the last paradise on earth for me. If you’re lucky to have a sunny day when hiking on the Faroe Islands, it’s unbeatable, and it will stun you completely. It’s a second home for me.

There has honestly been a lot, and it’s super hard to pick three specific ones! Visiting nine provinces in Afghanistan, seeing mountain gorillas from one meters distance in Bwindi, Uganda, bungee jumping in Victoria Falls (the waterfalls) in Zimbabwe, Skydiving over Foz De Iguazu in Brazil/Argentina, four months of solo travel through West Africa with 0 flights taken, travelling overland in North Korea to Kaesong. Anyway, I will try to pick 3.

The Mundari Tribe
Living with the Mundari Tribe in South Sudan by myself for three days out in the wild with them and their precious Ankole-Watusi herd, which are the king of the cattle. To walk around thousands of these cows with massive horns in cow dung half-naked and living with the Mundari and learning about their culture is for me one of the most special experiences, and it’s really a unique tribe after having lived with many different ones in Africa, but this was very special!

The whole Venezuela experience
Going to the very top of the La Vega slum in Caracas, Venezuela (the world’s most dangerous city,) where many of the local people would never even dare to go, was a great adrenaline kick and the whole of Venezuela experience was mind-blowing for me! The majority of the Venezuelan people are super nice, even besides the terrible economy and the many criminals there!

Komodo Dragon running after me
Last but not least, I will say having a Komodo Dragon running after me in Indonesia, which is one of my favourite animals, even though it’s super dangerous. They remind me so much of dinosaurs, and there are only about 5,700 Komodo dragons left, which are animals that really need to be taken good care of, even though it was quite scary, and they’re super fast!

Losing my passport in China was probably one the most difficult things I have ever tried. It made me stay for weeks extra, and I had to go to 20 Chinese speaking police stations etc. You don’t want to lose your passport in China – trust me! I also experienced three rocket attacks in Syria close to Aleppo. At that time, the Isis-Leader Baghdadi was alive and was hiding nearby the city. I couldn’t sleep more that night, and the sound was so loud! Anyway, the three worst would be:

Getting caught in explosions and shootings in Liberia
I saw two people get shot with my own eyes when I was going to cross the only international road to Ivory Coast and the villagers there thought they could block the road for three days because of disagreements with the police. They couldn’t block it, the police came and started to shoot in every direction, and I jumped quickly in a car and was lying under the car seat with a guy from Ghana and was sure it was over because the villagers through homemade bombs towards the police meanwhile and we were caught there in the middle. It took me some time to get over this experience, and it ranks among the worst.

Fear because of a Taliban attack in Afghanistan
The second was an attack by the Taliban in the north of Afghanistan. I came up there, and the military told me the Taliban just attacked a few hours before (15 guys on motorbikes with weapons), and probably they were laying with snipers close by. I didn’t feel so comfortable walking to Afghanistan’s oldest mosque there, knowing they were just around and I, as a Westerner, was in their sight. Anyway, I managed to explore this area too, even though my heart was pumping very fast!

Clubbing in San Pedro Sula, Honduras
The third worst moment was in San Pedro Sula in Honduras, which was the murder capital of the World at the time I went. I had my own private driver here at night because we were told that if the gang stopped you and you went the wrong direction, they would chop your head off and play football with it. But that didn’t hold me back from going out clubbing there, and I was flirting a bit with a local girl at a bar until two guys with tattoos all over their faces gave me the evil stare, and I thought it was the right time to leave…Alone!

Plan as little as possible
One of the first lessons I learned on the road was that your plans will nearly always change. Sure, you should have a rough plan for your trip, but don’t book everything in advance, or you’ll likely feel too restricted and end up regretting it. After coronavirus came this beautiful and spontaneous part of travelling with very little planning. It has been so difficult, but I’m still trying my best to do so, even though travelling now is 100 times harder than it was before the global pandemic, and you, unfortunately, need to have a plan and fill out so many extra documents and pay so much more for testing/quarantine etc. Let’s go back to how travel used to be soon!

Expect everything to go wrong
Expecting everything to go perfectly on your trip is only setting yourself up to fail. Nobody goes travelling and comes back without any stories of mishaps! So deal with it and then be extra happy if all goes well.

A mix of great travel tips
The third one would be a mix: Take more photos/videos of yourself. For me, my videos are like a diary. There are people who say: We have it all in our head, but no, you don’t have five years from now. I’m so happy I started vlogging one and a half years ago. The last thing would be to learn a few words of every language, Don’t lose your temper (I got in detention in Ivory Coast because of this for one day) and travel without too much stuff! Simplicity is key!

The Favourites of Bo Loevschall