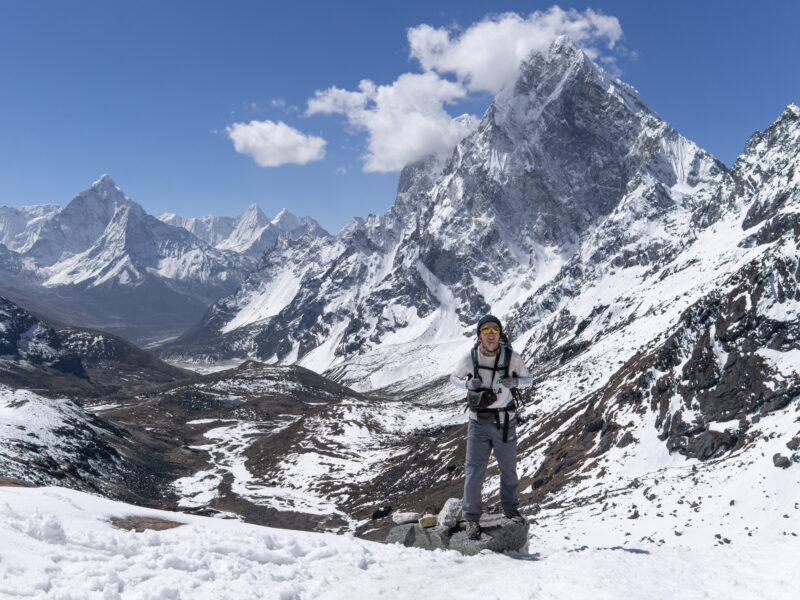 Matheus Hobold Sovernigo is a Brazilian biologist, photographer, writer and sportsman who lives on his own investments since 2016 and spends most of his time travelling. He’s been to more than 100 countries while sharing his travels focused on nature, adventure and culture on his travel blog Rediscovering the World and social media Instagram, Facebook, and YouTube.

Australia
A vast country with lots of things to do, while dealing with great weather, safety, and relaxed people. Wild and very different animals, wonderful protected areas of coral reefs, forests, mountains, deserts and islands to explore, where you have the freedom to go and sleep. Also, big cities with nightlife and tourist sights.

Japan
A developed and safe, hi-tech country with weird stuff and honoured people. A lot to do in the massive capital. Besides that, many historical places and architecture to see (for instance, Kyoto), mountains and plenty of wonderful tropical islands in Okinawa – which many tourists don’t know. Additional points for hosting the Olympics.

Trekking Everest Base Camp independently
In 2019, I accomplished an old dream: to trek the complete circuit of Everest Base Camp on my own. It took me two weeks wandering with a backpack in extreme environments, facing night temperatures of up to -15 °C, mountains with altitudes of up to 5,650 m, abysses with hundreds of meters, snow and ice, gales and rain, endless ups and downs, days without bathing or other amenities, pains and discomforts. All of this, immensely offset by the pleasures I had in witnessing splendid landscapes among temperate, boreal and tundra forests with endemic fauna and flora, glacial rivers, glaciers, snowy mountains, charming villages and monasteries, savouring unique dishes, meeting the resistant Sherpas and so many others trail companions, as well as the fact of overcoming radical challenges that pushed the body to physical and mental limits.

Cycling around Alaska
My first big adventure was in 2017, when I took some flights from Brazil to Alaska, bought a used bicycle in Fairbanks and cycled alone for more than 800 kilometres up to Anchorage. I visited many small towns during two weeks, camped and saw idyllic landscapes on the Denali range, approached wild animals, and even hiked the famous and dangerous Stampede trail. It all ended in the charming capital.

The Favourites of Ismo Porna

Driving around New Zealand on a campervan
A cousin and I explored most of both New Zealand main islands for two weeks in 2018. As we rented a cheap campervan, we could sleep and eat anywhere, while experiencing for free many adventures and sights in one of my favourite countries. We could see amazing landscapes of glaciers, mountains, beaches, caves, waterfalls and forests on every corner and not worry about safety. So, I wish I could have stayed a couple of weeks more.

Storm while solo trekking Cassino beach
It was in the middle of a 7-day solo self-sustained trekking on Cassino beach (south of Brazil). As it got dark, I was still walking in search of shelter, but I had to stop soon, as a storm was approaching. I didn’t find a decent place, so I ended up settling in the sand with no protection against wind, rain or anything else, and without water to drink too. When I lay down, to the sound of the noises of the forces of nature, little did I know that the worst was to come. It was one of the most terrible and harshest days of my life. It started with a storm that lasted all night (10 pm to 6 am). Wind shaking the tent, rain coming in and flooding, soaking almost all my clothes and leaving me with chills, as well as many (a lot!) thunders falling close by.

I was terrified, so much so that I even asked for rescue with my Spot X, but the Fire Department took hours to start preparing, and at that moment – when the day came – I didn’t need it anymore. I packed everything wet and with sand on it to get out soon. It turns out that the wind, until then favourable, turned from the south (against), and was more potent than on other days. To make matters worse, it was the “concheiro” day, where the sand is soft, formed by many layers of crumbling shells. A complete walking day of 35 kilometres took me out of that place, and a few days after, I concluded the expedition.

Sightseeing in Libreville
Gabon’s capital is one of the few cities I’ve visited and don’t recommend. Grumpy and stressed people, unsafe at night, prostitutes in the hotel, quite expensive, corrupt officials, trash on the beaches, prohibition to take pictures of some public places (I had a gun pointed at me because I photographed a statue on a square). At least, Gabon’s countryside is totally different.

Chaos in Cairo
I’m not a fan of heat, poverty, dirt, noise, and scams – Cairo had it all when I got there in 2013, in the turmoil of a coup. I just couldn’t relax while walking downtown on the streets, even though I had a friend together – so I ran to Luxor, which was a bit better, but also had its problems.

The Favourites of Nora Dunn

Don’t plan extensively
When I first started travelling, I used to book all the transportation and accommodation and to plan every single hour of the trip, including information on how much it cost, how to get there, and so. The result was that I had a lot of work before the trip and headaches when unexpected things happened (they will happen). Now I usually just pinpoint a map with the interesting places and buy the long-haul tickets and first night to stay – during low season, it’s OK to do that.

Don’t wait for others to travel
People are usually busy, will give some excuse not to get out of their comfort zone, or give up near some scheduled travel. Just go by yourself – if you’re not comfortable staying alone, stay in a hostel dorm, then you will make friends easily. The world is not dangerous as shown on TV – I’ve never got robbed, for instance.

Prepare yourself enough for solo adventures
If you are going to do an adventure by yourself, as I usually do, you better suit your body, mind and gear to the challenge. Train for months, carry some device for communicating (satellite if there’s no phone signal), enough food and water, enough clothes for the weather, but bring everything as light as possible.

Nope. I like to try as many different types of accommodation and food as possible.

Do you have any favourite cities?

Florianópolis, my hometown. I tend to prefer medium-sized cities.

What are some of the worst places you’ve stayed?

Sleeping in airport terminals is never comfortable, but once, I had a freezing night on wild camping while surrounded by two bears on the Canadian Rockies.

What is another good travel story you haven’t mentioned so far?

I, another male and two females, explored just by ourselves the second-largest quartzite cave in Brazil, Gruta do Lapão, about 1 km deep. On the way, a small but venomous snake crossed in front of us. We had to go through a slope between the rocks next to a cliff to enter the cave. On one of the rocks by the entrance, there was an abandoned cap. Was it from someone who went in and never left? With head and hand lanterns, we followed through the utterly dark cavity. The walk inside is not easy, as, in some parts, it is necessary to scale large pieces of quartzite, and, in others, the space is very narrow, especially towards the end. Worst of all, however, is the orientation.

The Favourites of Jack Wheeler

We had been in that claustrophobic environment for several hours when the broad main corridor came to an end, with no visible exit. At that time, the group started to get very worried because if we had to return in the same way, we probably wouldn’t leave before the sun went down. That way, I quickly went after the possible exits while the others waited not to miss each other. I descended chasms, climbed cliffs, crawled between fissures, all to no avail. The desperation of part of the quartet started to get bigger until finally, I found another hall, which led to a third one, where I was already incommunicado. There, in an almost imperceptible corner, a ray of light timidly pierced a stone. I removed some of them and was finally able to find a way out.

If it were an hour or two later, I probably wouldn’t find it. Scratched and sweaty, I went back to reassure the others. Finally, many hours after joining, we left the cave by a hole impossible to be noticed from the outside. With the GPS activated, we walked with ease over the rocks to the back trail, arriving in town just as the sun was saying goodbye. That night, we celebrated the success of the adventure in one of the restaurants on the busiest and most lively street in Lençóis, a block from our hostel.