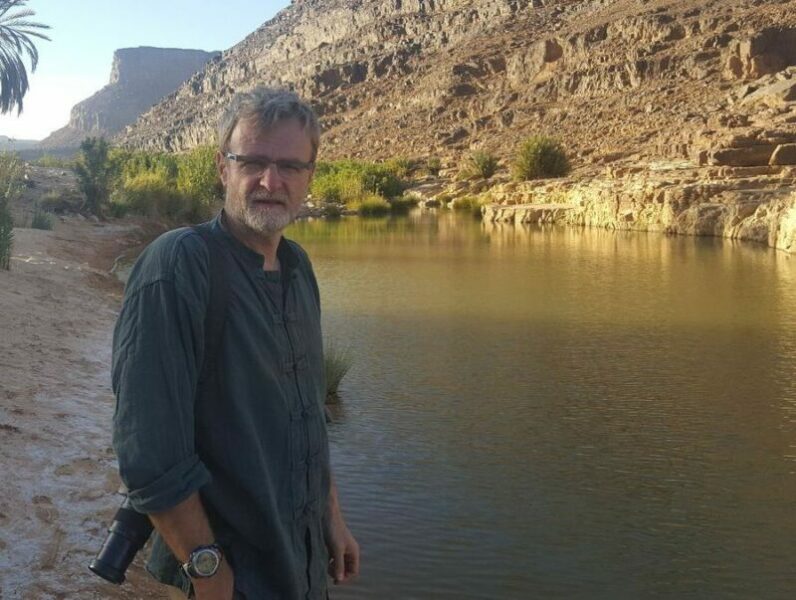 Rafał Żurkowski is a geographer, who has run a language schools chain in southern Poland for 30 years. He has visited over 150 UN countries and more than 660 regions on Nomad Mania. As the matter of fact, the goal of reaching 194 does not apply to him, as he would prefer to return to the countries which are worth numerous visits rather than ticking off tiny countries just to add them to statistics. His favourite way of visiting places is renting a car, so far he has driven in more than 110 countries.

Yemen
The capital Sana’a is stunning. It is just like the place frozen in time – the perfect location for any movie about medieval Arabia. Friendly people and an absolute lack of tourists complete Yemen as a top travel destination for any serious globetrotter. Unfortunately, this war-torn country is now off-limits, apart from quirky Socotra island. I was lucky to have visited the mainland when it was accessible.

Bolivia
I visited Bolivia for the first time 25 years ago. It was one of my first distant and exotic destinations, so I felt as if I was in other dimensions. I drove Death Road in 1997 when it was a hair-raising experience (the road is now not used by buses and lorries), La Paz was amazing, and snowcapped mountains in the distance were an invitation to further exploration. I knew I had to return. So I did. I rented Land Cruiser 12 years later with a friend of mine, and we drove all over Bolivia and didn’t have enough of it. Jungle, hiking the Andes, dry salt lakes, deserts, volcanoes, rich history – it is all there. Have I forgotten something? They have it all – everything that one can expect from a perfect travel destination.

Albania
The mixture of the Middle East and Europe, rugged mountains ideal for off-road driving and hiking, less touristy than most European countries, and proximity to where I live makes this country one of the top three. I have visited it already numerous times and always return there with great pleasure. But the speed it has been modernizing since my first visit in 2000 is really rapid. So if you want to see Albania at its best – you’d better hurry. I need to add a short explanation:  The task of choosing just three favourite countries might imply that I rate the other ones lower, which is not true. As the choice is limited, I need to pick three, but I need to mention others that I could readily list as well.

The Favourites of Jonny Blair

Anyway, I chose the three countries listed above, but there are many places countries which I would name favourites: Bangladesh, Nepal, Algeria, Mali, Pakistan, Cyprus, Nepal, Scotland, Faroe Islands, Greece, Madagascar, Kyrgyzstan, Japan, to name a few.

Twist of fate off-roading in Madagascar
The favourite but also the worst moment at the same time. We were self-driving off-road track from Morondava to Manja in Western Madagascar. The track was extremely remote, narrow and we had to cross many wide rivers and fords. We never knew how deep it is and sometimes, when entering the water, it was covering our front windshield. And between such crossings, we entered a stretch of narrow passage which was cut through a bush with many small sharp stumps. The road wasn’t used for motorized vehicles for some time. And one of the stumps cut the side of one of the tires, so it became completely useless.

We thought: ok, we have a spare wheel. We managed to change it, which wasn’t an easy task in such dense vegetation, and then we carefully followed our planned route. But we weren’t careful enough. After a couple of kilometres, the same happened again. Another tire got a huge puncture. Our rental car had just one spare tire, which we had just used before, so we were stuck for good. Ok, so here we are – stranded in the real middle of nowhere between meandering rivers. We knew we needed to get ready for a long walk. We started to figure out what to do, analyzing different options, and then, after a couple of hours – a miracle occurred.

We heard the sound of a car squeezing through the bushes. The sound of shrub scratching the car doors was like music to us. And then we saw the identical car like ours – Nissan Patrol – approaching us. It had the same wheels as we had. The odds of appearing a car on this road was close to nothing, but the fact that it was the same car on the same wheels falls into the category of miracles. In the car, there was a French couple with their driver, both working for a relief agency in Tana. They borrowed us their spare, which fitted perfectly.

So then we went on: 2 cars on eight wheels, driving carefully not to shrink the number of working wheels to 7. Finally, after a long and strenuous drive, we reached a small settlement of Manja, where we managed to get two tires (it wasn’t easy at all) and followed our route.

The Favourites of Scott Eddy

Seeing Everest
The trek from Lukla to Kala Pattar is like a wonderful story that is being written in front of you. It is a truly lifetime experience where each day brings you another rapture. To say that the trek is beautiful is not enough. And at the end of the trek, you climb Kala Pattar, trying to catch your breath and coping with altitude sickness, which makes each step a struggle with your own weakness. And then here it comes: The icing on the cake of the whole trip – you see majestic white Everest in front of you.

Djenne market
Every Monday, the square in front of the famous Djenne mosque – the biggest clay structure on Earth – fills with stalls with goods and changes into a bustling, colourful, crowded place of trade. It is like stepping back in time.

Blackmailed in Haiti
While in the Dominican Republic, I wanted to pay a short visit to Haiti. As Dominican rented cars are not allowed in Haiti, I left my car at the Haitian border in Jimani. I crossed a heavily guarded border – the difference in the economy in both countries is clearly visible. After all border formalities, which entailed taking out my passport a couple of times to show it to different officials – I found somebody willing to take me to Port-au-Prince on his motorcycle.

After a couple of kilometres, I realized that I did not have my passport with me. I always try to focus when I take to have it in my hand, but the border was so hectic, I didn’t remember putting it back into my hidden bum bag. Realizing this was like somebody hit me in my head. Any place, but not Haiti – one of the toughest countries I travelled to so far. We turned around and went back slowly so I could see our path on the way. I thought I dropped it. We reached the border post. My despair grew, but after a couple of minutes, somebody approached, who clearly knew what I was looking for. He quoted the price for getting it back: 3000 USD. I didn’t have this amount with me. Most of my belongings were on the other side of the border.

To cut the story short, after heavy and stressful negotiations, I lowered the price to 200USD. I will never learn how I lost it – was it I or somebody else who helped my passport to part with me? But I would never like to go through this again.

The bomb on the train
It was my first travel outside Europe, and it was India, so you can imagine what thrill it was for me. It was in 1988, soon after travellers were allowed to visit Amritsar following violent conflict between the Indian government and Sikhs. We were travelling on the overnight train from Delhi, and around midnight we heard a screech of brakes and a shout: “Everybody out, there is a bomb on the train”.

The Favourites of Teodor Mihail

You can imagine the panic of people inside the crowded train trying to get out as quickly as they can. We then were waiting outside, looking at the train in the distance and the police squad searching it. We spent the night on the grass next to the tracks, and then we followed with a different train. Later we learned that bomb was planted by Sikhs, and the warning was sent to police, which was able to neutralize it before the blast.

Be aware of your time zone
I was visiting the small twin towns of Tabatinga (Brazil) and Leticia (Colombia), both sitting right on the border in the jungle on the bank of the Amazon. The only way to reach them is via river or air. There is no border control between those towns, so they are practically merged.

I had a boat reserved leaving early morning from Brazilian Tabatinga towards Iquitos, Peru, but I stayed in the hotel in Colombian Leticia. The evening before my trip, I set an alarm clock in my room (it was back in the 1990’s – electronics wasn’t ubiquitous then), not realizing that it works in a Colombian town which is an hour ahead of Brazilian time. So I missed the boat and had to wait another two days for the next one ruining my carefully tailored itinerary.

Release yourself from things
Travel light and back up all important data to the internet clouds.

Be diligent in preparation and easy-going at the same time
Do some research and planning before the trip, but also let improvisation take its part. Do not let one overwhelm the other. Organizing the framework of the trip eases your mind, but be open to the unknown and adventure.

Write travel notes
Write diary. Memory can be irretentive. After 20 years, you will have just vague memories from your trip. Especially when you travel a lot.

Do you have any favourite cities?