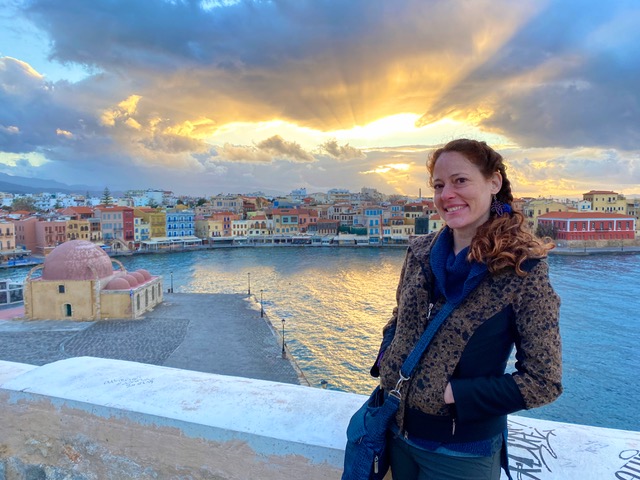 Nora Dunn is a full-time traveller and writer that has visited more than 60 countries, focusing on making a living along the way and now teaches people how to travel full-time in a financially sustainable way.

What are three of your favourite countries and why?

New Zealand
I haven’t met one single person who doesn’t adore New Zealand and cite it among their favourite countries. What’s not to love? These two islands sequestered in a corner of the world are host to a hugely diverse set of landscapes, and are home to some of the friendliest and most welcoming people alive….who are incidentally outnumbered by sheep.

Peru
Speaking of diverse landscapes, Peru has it all. Jungles, high-altitude dramatic mountains, deserts, beaches, canyons (deeper and more majestic than the Grand Canyon), and so much more. I was based in the Sacred Valley for two years, and thoroughly enjoyed the ridiculously colourful local garb and rich culture which felt new and fresh every time I left my house. Ancient ruins are so common you see them everywhere. To say this place is steeped in history is an understatement.

Canada
I may be biased having been born and raised in Canada, but I must say it’s a pretty special place one could take an entire lifetime to discover. From the most multi-cultural city in the world (Toronto) to the friendly fun people of Newfoundland, to a little piece of Europe in Montreal, to the untouched grandeur of the north – it’s a playground for the soul.

I wouldn’t say there are countries I specifically don’t like visiting, but there are some countries I had less-than-delightful experiences in. I wrote an article about Why I Could Never Live in Japan that gets me a lot of attention – though it must be said that I would happily return there; my observations were about living there rather than travelling through it. I also wrote an article about Travel Mistakes I Made in Guatemala (that I also get a ton of flack for), which is only partially a reflection of the country, and mostly a reflection of where I was emotionally at the time.
That’s the thing. Our favourite (and least-favourite) countries and travel experiences are much more about who we’re with, what we’re doing, and how we’re feeling than they are about the country itself.

The Favourites of Jakob Linaa Jensen

Toronto, Canada
Again I’m biased because I grew up in Toronto and after 12 years of full-time travel I decided to get a base here again despite never thinking I would return to this city. I love it because it’s the most multicultural city in the world and thus incredibly diverse. I can get any type of cuisine I want in a nanosecond! It’s also relatively friendly and easy to get around. And for Canada, Toronto has relatively decent weather.

Cusco, Peru
Nestled in the high-altitude Andes, Cusco is a small but incredibly vibrant city, just a short ride from the Sacred Valley.

Chania, Greece
I spent a winter in Chania (on the Greek island of Crete) and fell in love with the place. It’s easy to get around on foot if you’re centrally located, the winter weather is temperate (and there aren’t a ton of tourists like there are in the summertime), and the people are incredibly friendly and curious to chat with you, often over a shot of raki (local moonshine).

What are three of the worst places you’ve stayed?

Airbnb in Macau, China
One of a few AirBnB experiences that turned me off the platform, this place took the cake. I got a windowless room in an apartment that was rented out to half a dozen people, including a guy who slept on the couch in the living room. The sheets were dirty, the air conditioner mouldy, and the bathroom? Let’s just say I left after one night and got a refund on my money.

Airbnb in Panajachel, Guatemala
While the place itself wasn’t terrible, I was a bit disappointed with the location; one of the downsides of booking accommodation in advance is that it’s almost impossible to know if you’re going to be in a good location for what you want, and unfortunately, I had booked an entire month in this place. This place made the list because of the noise at night. The cacophony of barking dogs, screaming cats, and canon/gunfire at night was literally laughable and made sleep next to impossible.

Closet in Hong Kong
Okay, it wasn’t really a closet, but it was about the size of one. Hong Kong is known for its tiny rooms at expensive rates, but I really wasn’t prepared for a windowless room only slightly bigger than the twin bed it housed.

The Favourites of Philippe Melul

Fairmont Hotel, Jaipur India
The luxury of this place (at a comparatively low cost for what you get) is outstanding. The only problem I had was that I didn’t want to leave the hotel and its expansive property with multiple restaurants; but if you’re making the trip to India, it’s best to see more than the hotel.

Sushiro, Tokyo Japan
Sushiro is a very nondescript medium-quality sushi chain in Japan. What made it one of my favourites was two-fold: first of all, it is a conveyor belt sushi restaurant which is fun. You take what you want off the belt, order whatever you want (that you’re not seeing on the conveyor belt) from a screen to be delivered on the belt, and your bill is tallied at the end by measuring the height of your stack of dishes. It’s also incredibly reasonable in price (a boon for Japan); while I was house-sitting in a Tokyo suburb one summer, I would ride my bicycle to this restaurant for lunch and gorge myself for $10 or less.

Filming a tv show in New Zealand
I was invited to be the guest expert for a travel tv show filming on the North Island. Over 14 days, I did every high-adrenaline activity you could imagine, on camera no less. If it was the highest, fastest, longest, deepest, craziest stunt, I did it.

House-sitting in Switzerland
For three months one summer, I was lucky enough to be taking care of the orchids and picking up the mail in exchange for living in a large house just outside of Zurich, PLUS use of the homeowners’ car and their alpine cottage! I could come and go between the two properties as I wished. It was the easiest house-sitting gig I ever had, in one of the most beautiful, clean, and organized countries I ever visited.

Taking the Train
I’ve ridden tens of thousands of miles of train tracks through a few dozen countries (I wrote a book about many of these train adventures), so it’s hard to narrow it down to a specific trip. But if I had to I might pick the train from Hanoi to Saigon in Vietnam. The scenery on this two-day journey is incredible, the Vietnamese people are curious and friendly on the whole, and the food is one of my favourite cuisines.

The Favourites of Maurizio Giuliano

Bonus experience
Circumnavigating Newfoundland on an expedition cruise. This was truly a pinnacle travel experience for me on every level. I can’t describe it with enough words here, so you’ll have to read about it and watch the video here.

I’ve survived 3 natural disasters, 3 tropical diseases, a near-fatal accident, passport theft, purse robbery, and more breakups than I’d care to admit to! While in and of themselves, I could say they were my worst travel moments, I must admit that each of them was learning experiences in their own way. And let’s get it right: sometimes our misadventures make for the most entertaining travel stories after the fact! You can read a summary of my worst travel moments (with links to each of the longer stories) in my article here.

Want souvenirs? Buy things that you can use and wear in your daily life.
You’ll appreciate them so much more! Because I travelled full-time for 12 years (2 of which were with carry-on luggage only), everything I owned fit into a bag so I didn’t have room for traditional souvenirs. Thus I learned to buy things that I could incorporate into daily life, and eventually, I was adorned head to toe with things that each had an interesting story or associated memory.

Only use bank-affiliated ATMs, next to or inside the bank, during banking hours
This reduces the fees/commissions you might be charged, as well as the chances that a tracer has been installed that scans your debit card information and password. Also, if the ATM eats your card or something goes wrong, you can immediately go into the bank to sort the problem out. As a former financial planner, I write a TON about travel and money, including this article with travel money tips for banking, credit cards, cash, and much more.

Go slow
The fewer planes, buses, taxis, and tuk-tuks you take the less money you’ll spend. Also, you’ll have a chance to get to know a place much better and have a more satisfying culturally immersive experience.