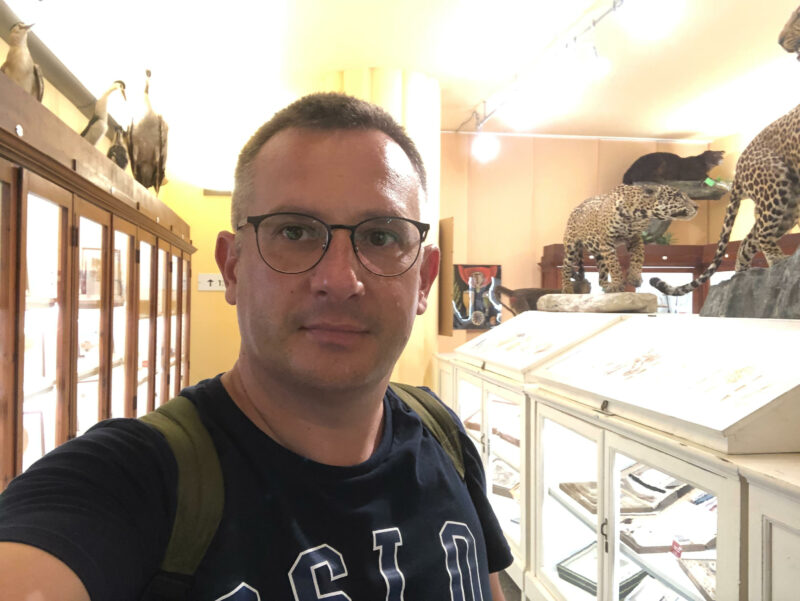 Luca Zanni is a big traveller who has visited more than 140 countries and over 640 regions on Nomad Mania’s regions list. He is also a researcher in economic history and the author or co-author of 10 books on diplomacy, history and finance.

Liechtenstein
It’s a history and geography buff’s dream. Until very recently, it claimed a part of today’s Czech Republic, ancestral lands of the ruling family around Lednice and Valtice, and most of its communes have enclaves and exclaves. It is also very easy to travel around by bus.

Australia
It’s not only the Lucky Country; it can truly claim to be the Beautiful Country. Lord Howe Island is probably the closest I ever got to my personal idea of island idyll.

It includes wonders like the Cocos Keeling archipelago, Christmas Island, Heard and McDonalds (all on my wish list) and my favourite world city outside of Europe: Sydney.

Suriname
OK, it has a list of issues longer than Don Giovanni’s list of liaisons, but where else could you possibly find something stranger than this? A former European colony in the jungles of South America, where the majority of the population is of Indian and Black descent. One of the main highlights of the Capital Paramaribo is an old Sephardi Jewish Synagogue, and the population speaks Dutch? You can’t make this stuff up.

Landing on Tristan da Cunha for the first time
After many hours of uncertainty due to heavy swell, in 2013, we were able to leave Plancius on zodiacs and set foot on this extraordinary bit of the British Empire with no airport and until a few years ago, no tv sets. I enjoyed one of the best days of my life, eating great lobster and exploring Edinburgh-of-the-Seven-Seas and its population.

A visit to the Italian Base in Antarctica
This had always been a dream: A visit to the Italian Research Base in the Ross Sea, Mario Zucchelli Station, and wandering around the buildings taking pictures of quirky stuff, including an old 1984 Fiat Giardinetta that had come over in the ‘80s when the base was actually opened and was perfectly operational after so many tough winters.

Arriving in China by ship
My third best travel moment to remember is the day I landed in Tientsin, a former Italian Concession in China, after a long sea trip on an American ship from Alaska, after calls in places like Vladivostok, Muroran (Japan), Busan (Korea) etc. I then moved on to Beijing on the same day after a quick glimpse of the former colonial buildings of what was a sort of “Italian Hong Kong” until WW2 and marvelled at the view of the Forbidden City which I had reached without airplanes and from “the other side of the world” (with the exception of a flight to Anchorage, that is).

The Favourites of Mark Smith (Seat 61)

Fire in Cabinda
I was travelling from Cape Town to Ghana on a ship. We were heading towards our next call in São Tomé and Principe, and it was nighttime, but my friend had been up to try and make an urgent call to Europe. Since we were very close to land, we got the signal from a Congolese company and decided to go on the uppermost deck to get a better quality reception.

To my surprise, as we were entering Cabinda (an Angolan exclave rich in oil), we were surrounded by oil rigs, and the combustion on top of them looked like they were all on fire, and the temperature outside was so hot. I thought we would hit one of the rigs or simply catch fire. We were in panic mode for a few hours until the danger somewhat ended. Same story the next night in Gabon waters. To this day, sometimes when I fill a gas tank, I remember where oil comes from and I feel hot.

The Pot-au-Noir
The infamous area around the Equator where one can expect big storms, poor radio reception, no control towers for thousands of miles, and can be a pilot’s nightmare. Been there, done that on an Alitalia 777 from Rome to Buenos Aires that encountered severe turbulence just after Dakar. I was so scared I accepted my neighbour’s advice and drank some of the hard liquor he was travelling with to calm down. As they say when in Rome…

Almost frozen to death
I’m somewhere in the Ross Sea, and the zodiacs couldn’t get back to us because a very strong katabatic wind made it impossible to reach the land we were on, so we were stuck outside of Shakelton’s hut waiting to be rescued. Unlike Shakelton, we didn’t have any warm penguin soup. Whoever said stopping of hypothermia is a sweet sleep into tranquillity was obviously a liar.

The Favourites of András Foldvari

Babis Bizas’s 3-2-1 rule
3 shirts, 2 pairs of trousers, 1 pair of shoes. This rule is now so famous in the big travellers community that it barely requires mentioning. But of course, if it’s winter, one needs a bit of a heavier package.

Buy throwaway tickets
If you plan a trip in 6 months, but you are still not sure about the exact return date or time due to some business uncertainty, and your average Ryanair ticket price is 9€, you are probably saving a lot of money buying two or three tickets, and just use the one you actually need when the time comes, instead of buying it ten days before the travel date at say 80€.

Never ever buy complex airplane tickets that have multiple complicated legs
In fact, when possible, I prefer one-way tickets. Things can go wrong, one may deviate course, and it is wise to have a backup plan to reach your next destination, just skipping a part of the original trip with a day or two for emergencies.

The Favourites of Harry Mitsidis