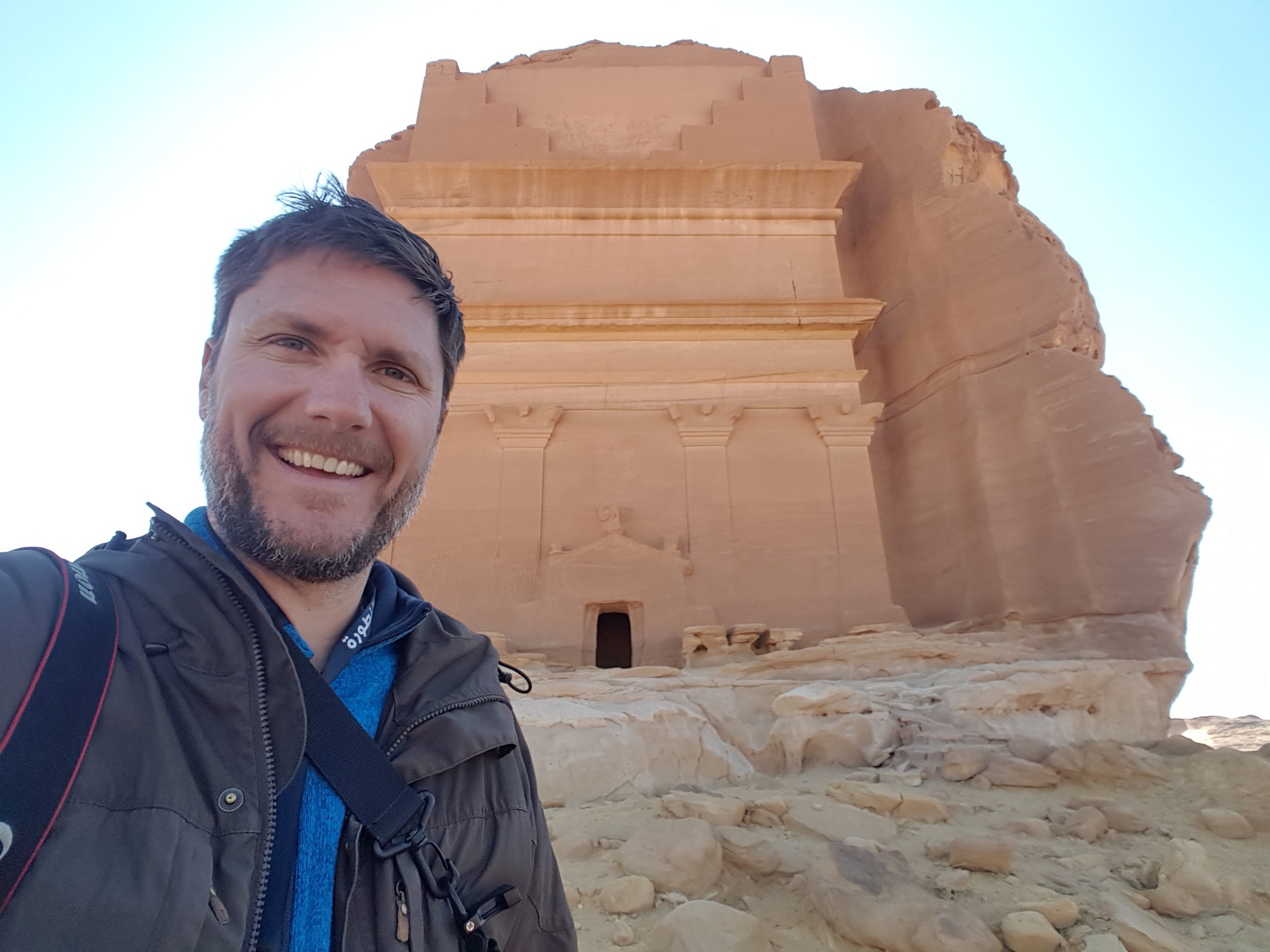 Bo Loevschall is the founder of Globespots.com and is one of the most travelled Danes. In this interview he shares some of his favourites among other great stories.

How many days have you approximately travelled?

I have travelled to 160 countries (and 29 territories) and lived in India, Australia, Japan, Vietnam, Sri Lanka, and the UK. For ten years, I was a professional traveller (mostly tour leading), but today I have a day job (teaching math), which allows me to travel for about four months a year.

What are three of your favourite countries and why?

Japan
I have lived in Japan, and I really love their strong culture and quirkiness – and of course, the food. Travelling there is so much more exciting than living there. I have since been back several times for travelling, revisiting familiar places, but also exploring new islands. I think I will never get tired of Japan.

Samoa
I have visited all independent nations in the South Pacific, and some are more famous than others. When I visited Samoa, I didn’t expect much, but it really grew on me. The two main islands, Upolu and Savai’i, complement each other so nicely. Upolu has most of the natural beauty in terms of beaches and waterfalls (and most visitors), while lush Savai’i is rich in lava flows and traditional lifestyle. Samoa is a very simple destination in terms of sights and well, everything, but maybe that’s why it’s so likeable.

Papua New Guinea
Papua New Guinea for just being mind-blowing. I travelled there 20 years ago, where I went to both the highlands, the islands and up the Sepik River. When it comes to cultural diversity, there is no place like PNG, but it was wild and travelling there was hard and expensive. At times it truly felt more like an expedition, than just travelling. Some of the smaller kids in the villages along the Sepik River hadn’t seen white people when I came by. PNG is not my favourite country, because it’s not safe, but it’s a country that will for sure, leave an impression on your mind for the rest of your life.

Are there any countries you don’t enjoy travelling?

Every country has been worth the hassle, but I’m not a big fan of places, where the local police are after you (for taking pictures or just being there). I have always managed to get out of situations without bribing anyone, but I was stopped in Lusaka (Zambia) by the secret police for taking pictures, held back by the Afghan border guard at Ishkashim (border to Tajikistan) for no particular reason, arrested by the secret police in Cairo (Egypt) for taking pictures, and detained for 5 hours at a police station in Algeria for just arriving in the country.

The Favourites of Sascha Grabow

Copenhagen
I’m from Copenhagen, but the capital of Denmark is just really enjoyable during one of the few hot long summer days, where every square and park is filled with people enjoying themselves (during the rest of the 360 days, it can be pretty crappy).

Hanoi
I have also lived in northern Vietnam, so I went to Hanoi on a regular basis. It’s a great city for people-watching. In the early morning, people are doing exercise at Hoan Kiem Lake. For breakfast, I would grab a bowl of some of the best pho (Vietnamese soup) from one of many street vendors, who had spread out their low plastic stools in the still empty streets. During the day the dense old quarter would be packed with traffic, but in the evening the bai hoi places, who sell cheap draft beer, would reclaim the street corners with plastic stools again.

Montreal
It’s such a cool and liveable city. Not too big or dense, and it has some vibrant neighbourhoods. I have only been there once, and I visited a friend, so I was taken to places I probably wouldn’t have found on my own.

What are three of your favourite hotels or places you’ve stayed and why?

Topas Ecolodge, Vietnam
I worked there during the construction, so I might be a bit biased. It’s located on a remote hilltop in the Sapa Valley and surrounded by rice paddy fields. The nearest neighbours are villages of different ethnic minorities. It’s spectacular even during the cold winter, when you are enveloped by the clouds.

The Favourites of David De Clercq

Coco Bodu Hithi Resort, Maldives
I’m normally not into expensive hotels, but when visiting the Maldives, we had to try one of the resorts with their own island. Of course, we couldn’t afford an “over the water” bungalow on stilts, but the cheaper bungalow on land was pretty impressive as well with a mini private pool and a bathtub in the middle of the room.

Unknown hotel, Taiwan
It was a small hotel with its own hot spring. Though our room was tiny, it had its own hot tub out of rocks.

What are the three worst places you’ve stayed?

Border towns are usually horrible to stay at, the ones in Africa even worse (particularly when lacking both water and power). Cheap hotels in rural China are also an experience with their communal squatting toilets with no privacy. In Goa (India), they had placed the simple wooden squatting toilet over the pigsty, meaning the pigs eat straight from your bum. However, a village in northern Vietnam probably made the biggest impression on me on that account by not having toilet facilities at all; you just went into the rice fields.

What are three of your favourite restaurants, and why?

I’m not into fine dining, but I like to try local foods. I have had some really memorable dishes, particularly in Asia, where I have tried most items on the menu. Most insects and reptiles are served fried or grilled, so they usually taste fine. However, the donkey penis was boiled before it was sliced into more mouth fitting pieces.

Every single trip has its favourite moments. However, the feeling when I return from a great trip and knowing that I have a new trip coming up in the near future is close to pure bliss.

I have had some close calls in my travel life, but it always ended well.

My bus on “the most dangerous road” in Bolivia got ambushed by gunmen before we even got to the scary section. It turned out they weren’t interested in robbing the bus but rather had a “chat” with our bus driver since he had been involved in a car accident earlier that day. But the first confusing minutes, when the bus got stopped and boarded by angry men with guns, were very nerve-racking (2002).

The Favourites of Aidan Doyle

I was travelling on a motorcycle through Central America. I was stuck at the border between El Salvador and Honduras when I got stung by a scorpion. I smashed the scorpion with my Lonely Planet guidebook and showed it to the locals. Luckily, the locals said it wasn’t too poisonous, and my hand was just a bit numb the next day (2009).

A suicide bomb went off in Colombo, Sri Lanka, in an intersection, which I had just left minutes ago (2006).

Make time for travel
No workplace will offer you time off for travelling if you don’t ask. People rarely regret that they haven’t worked enough, but they do regret not travelling enough. Make it a priority.

Have travel insurance for medical emergencies

Do you have any little known travel tips?

Having your own set of wheels, whether it’s bicycle, scooter, motorcycle or car, will bring you to those otherwise hard to get places. In some countries, there is no infrastructure for tourists at all. Like Saudi Arabia, which I have just been to, a rental car was a necessity, if I wanted to see anything interesting outside Riyadh or Jeddah (even though they drive like crazy).