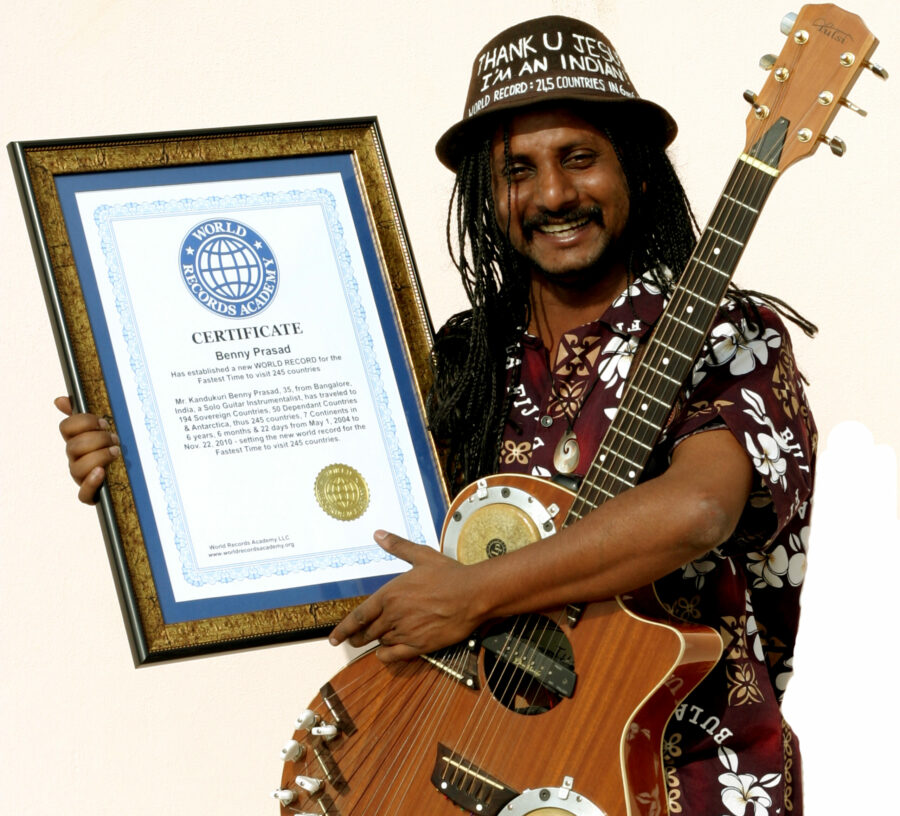 Benny Prasad is a gospel musician from India that holds a world record for being the fastest man ever to visit all 195 (UN + two observer states) countries in the world according to Wikipedia.

What are two of your favourite countries, and why?

Switzerland
I like Switzerland not only for the natural beauty but also for the dignity of humanity. Here everyone is treated equally regardless of one’s ethnicity or colour. Every season in Switzerland is breathtaking.

Singapore
I like Singapore for the diversity of nationalities. It is like a continent inside a nation. It’s very organised, and every place is easily accessible. The people there are very hospitable and generous.

What are two of your favourite travel moments, and why?

Pitcairn Island
Pitcairn Island is one of the most remote parts of the world, which is only accessible by a ship. It is located in the Pacific Ocean, and the ship is available once in 3 months. I got to do their first ever concert in 200 years. The island population is 66 people, and 54 people came for the concert, that’s almost 80% of the nation. Pitcairn Island is a dependency of the UK.

Antarctica
Antarctica is the most remote continent in the world, and I got to perform a mini-concert for the geologists and other workers at the Chilean Base at King George Island in Antarctica. The entire journey took me about 70 hours of flying time from India to Antarctica and back.

What are two of your worst travel moments, and why?

Libya
Getting a visa to Libya with an Indian Passport is very challenging, and the laws under Colonel Gadhafi kept changing. I remember when I had arrived at the Tripoli Airport, my transit visa got cancelled and I had to spend about 15 hours in the airport. There was not a single passenger, it was very cold, lonely, and there was no wifi access at the airport either.

The Favourites of Jakob Øster

Russia
When I was detained at the Moscow Airport for about 30 hours for refusing to pay a bribe for 50$, after 30 hours, I got deported back to New Delhi, India.